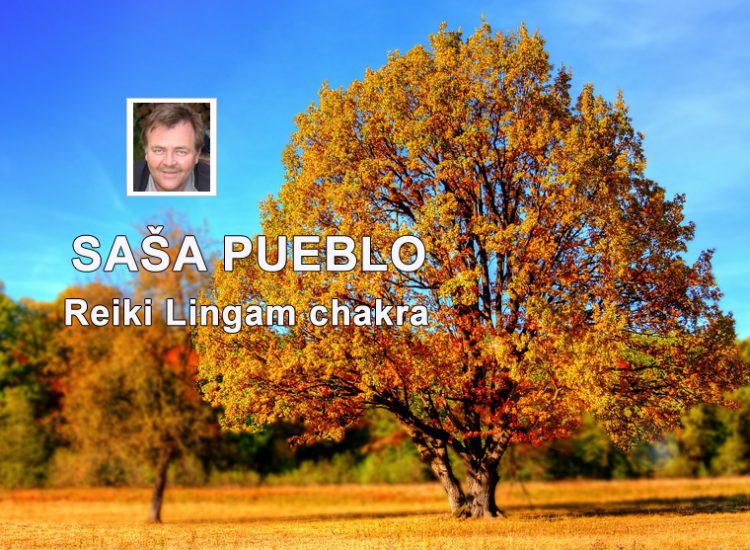 Reiki Lingam Chakra
This is the area associated with the cult of birthing and procreation. Overall cult of the mountain Kailas and the river Ganga with large rocks in its stream and this stream carries rocks to the cosmos, where Ganga is changed to a snake and stones on living beings. It is a mythological interpretation, and it’s okay. This is about transformation sexual energies of all living things into that open chakra system in the cosmos within 100 meters raised to the power of 100 meters from the planet Earth.

Lingam
If European people see the stone pillar with the drilled hole into it from the top to bottom, then they have the idea that lingam and yoni are actually sex symbols. For someone it can be a symbol of masculinity and sexuality, but for the meditation person and reiki master this is a symbol of the meditation to chakra points on the skin. Here we would consider lingam or yoni as the meditation technique of intensive mutual connection between chakra points in the skin and to open them. Furthermore, this will be the technique to link all neurons and neural systems from the period of the embryonic and fetal human development and the development of the child until the age of 20. This technique is already more advanced and requires concentration exercises into chakra areas, cleaning of chakra areas and their proper activation. The human body in elderly age tries to block the system of neurons and neuronal cells, stops their activities and promotes the aging. Meditation person tries to support chakras and Nadine through actuating techniques – to keep nervous and neuronal system permanently active. This is the treatment and the meditation for nascent and prolific force on the planet Earth, but also in the cosmos. Consecration, therapy and meditation goes from inside memories of the meditation person and from magnetic records of own embryonic development, which the meditation person attracts into own body. We get into the chakra system from inside. There is also a possibility to go into the chakra system from the aura. And this is a different procedure from inside own memories.

Mount Kailas
Beautiful symbolism for a nascent principle of creation something. The mountain Kailas, which is fertilized by the river Ganga. Or the river Ganga as a living force flowing from mountain Kailas where deities of birth reside. A river Ganga is like a snake twisted from India to the cosmos which represents a meditation technique of links Indians to organic and intelligent system in the space. Meditation is about the idea that, the meditation person represents mountain Kailas and Ganga flows from us as a generative force which is directed to everything intelligent and living in the space. Thus, the ability of the meditation person to know the abyss of the cosmos and get born anywhere in the cosmos.

Fertilization
In this kind of reiki the first would be self treatment, which is based on the activation imaginations about own fertilization. For creation of these imaginations you can possibly go into magnetic fields and download into your body magnetic records about own fertilization and give the importance to this act of self creation as it deserves. Meditation person is not only interested about own fertilization but also of other organic beings in the space and this moves to a state of origination of all living in the infinite space of the cosmos.Everything for the activation of inside embryonic neurons and nerves, that can be closed by organism or clogged by different life experiences. Meditation person can open own system and purify it from inside or this can do other meditation person who is experienced in this field and knows how to mentally clean these areas and what should be inserted there.

Pregrancy
Each of us was born inside own mother and had to survive there about nine months of own development. Meditation person tries to activate own embryonic system in own body which apparently has an impact on longevity. Memories that remain after the death of the meditation person have to contain very actively everything around embryonic world of humans and animals.

Childbirth
Childbirth is significant moment for everyone who spent nine months of own development in the body of the mother surrounded by the placenta. For the meditation person extremely serious moment of worship. Mother and child. Nerves and neuronal system of the child develops every five years until the age of 20 and the child will have about 15 developmental stages of formation neuronal and nervous system. Meditation person is interested to keep these neuronal and neural systems active for its longevity and for building of that what will be after the death of the meditation person.

Stupa
It is actually a combination of lingam, yoni and mandala, which is converted into the spatial form. Such as respect to the act of the fertilization, the pregnancy and the birth. Basically we have a chakra point on the skin as a circle and into this circle certain structures are drawn and we use chakra images for concentration on chakra points and keep these chakra points open and purified. Chakra points are gradually closed and their activities are slow down in the human adult. Exceptions are long-lived people (live for 100 years). With oracular techniques we perceived that they have embryonic system permanently operational.

Stalagmite
Meditation techniques and the consecration don´t go from outside into chakras on the skin but vice versa from embryonic memories and magnetic records of embryonic memories stored in the magnetic field of the planet Earth about given individual. These are transferred into the body of the meditation person and here they are activated, permanently remain in the body and do not escape outside the body. The specialty of this cave technique is its deep penetration into cell structures in the body of the meditation person. Stalagmite is formed by stacking of minerals which are dissolved in water drops and which gradually settle in the form of calcium and other minerals to each other. Stalagmite grows in your memories and in magnetic memories is downloaded into your body. This is about keeping all the memories, which are dealing with issues of caves and cavers. Cave as a nascent force in the bowels of mountain Kailas and the river Ganga, which takes away rocks from mountain Kailas as its spiritual children to the cosmos. The meditation person gets well into own cells through cave spaces, and in this case into embryonic cells, which remain inside the human in adulthood. 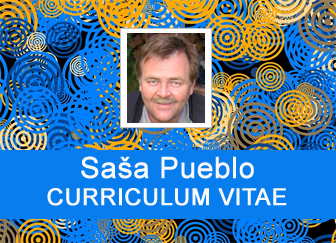 When I was 5 years old I fought for life several months and my grandmother who was herbalist and healer was helping me. She saved my life.

I did not attend the school very often because I still had problems with lungs.

But protestant pastor from neighborhood gave me basic education.

My grandmother loved going to the church but I better loved Indian figures.

My grandmother liked company of weirdos and homeless people. She loved to take care about them and I was there.

I have always loved to grow plants, picked up herbs and I was environmental activist.

I have decided to become polymath, educated in all natural, technical and spiritual sciences.  I still continue in this trend of highly and integrally educated personality up to this day.

Especially, I dedicate to all disciplines within medicine and I have different approaches to study them. I have decided to begin the path as healer and therapist.

I used to pick up herbs, mushrooms, leafs and yields from trees and bushes. I made homeopathic, herbal teas, different types of homemade herbal creams and tinctures.

Nowadays I practice distance healing without the presence of treated person.

I also practice special exercises called basic physiological exercises and it is training of special movements for persons in higher age. I manage the group of people in age over 60 who regularly train such exercises.

I care about issue of sleeping, hypnosis, autohypnosis and suggestions applied in distance Reiki without presence of the patient.

I have practiced active distance healing since 2013 and in this area I take care about 100-120 people who are under my long lasting care.

I also actively practice SRT system and I help related community of enthusiasts for SRT therapies.

I am also interested in mysticism applied into religious systems. I have strong interest in everything what could be built during the life and what could be transformed into the world of dead memories. This is the issue of the Holy Sepulchre.

I am ready to exchange experience and knowledge. I communicate in English language.

Contact: sasapueblo@meditacia.sk. I will answer quickly and especially to every email. 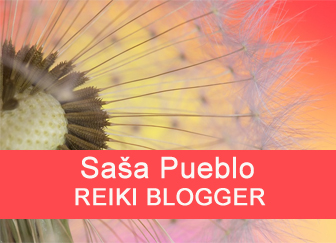 I have been working in spiritual sphere over 20 years. I have realized research in different areas of spirituality over whole world. I am objectively engaged to spirituality and esoterism. I went through spiritual world by clairvoyance techniques and many videos helped me to go through different forms of spiritual meditations from prehistory to nowadays forms of meditation. In year 2014 I decided to implement practical esoterism and spirituality on Reiki platform. I had feeling and logically emerged that this will be good thing. I wanted to publish my articles in English language. Circumstances helped me that one girl with excellent English knowledge came meditate to me. My desire was to get my articles translated by the person who actively meditate. And it has become small miracle and we have translation which is a great thing.

We gradually test individual Reiki systems and we make a record of them.
The record is processed, translated to English and posted on this site. I hope that our articles will bring you joy and new insights.

I encourage you to use: https://translate.google.com/m/translate for translation.

Following are English translations of my articles:
https://apoort.net/meditation/ 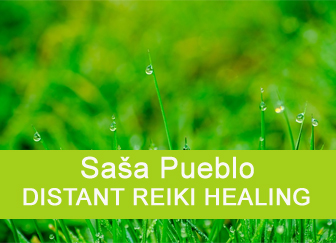 To make full use of Reiki in my practice, I have adopted Reiki treatment to my healing services.
In my case, I go through distant Reiki treatment without the presence of the person being treated.
It is a demanding and little refined technique. And so there is a lot of space for testing and linking classic healing systems and Reiki distant healing. I have already reached respectable level. I provide free of charge distant treatment and feel free to contact me via email: sasapueblo@meditacia.sk 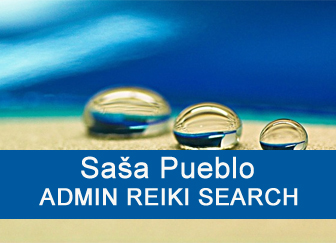 My nickname is SASA PUEBLO and I am administrator of Reiki Systems of the World. I'm trying to have good overview of Reiki around the world. First of all, I collect Reiki search engines then individual types of Reiki over the world. It is good to have knowledge what happens in the world of Reiki who is involved and what people do in this area.
Web Pages with Reiki contents are collected for the reason that we examine enthusiasts who do Reiki, why they do Reiki and how they do Reiki. At the same time, we also examine unique characteristics of representatives of each Reiki school by clairvoyance techniques. This is research to improve Reiki overall.
We will not be personal, but we will publish clairvoyance research for the benefit of all Reiki enthusiasts.
We also will create collections of Reiki music videos, symbols and forms of healing for you. You have a lot to look forward to. We are here to support Reiki.
If you want to support us, to give us any idea and some web address, then please contact me on my mail.

We use cookies to ensure that we give you the best experience on our website. If you continue to use this site we will assume that you are happy with it.OkRead more